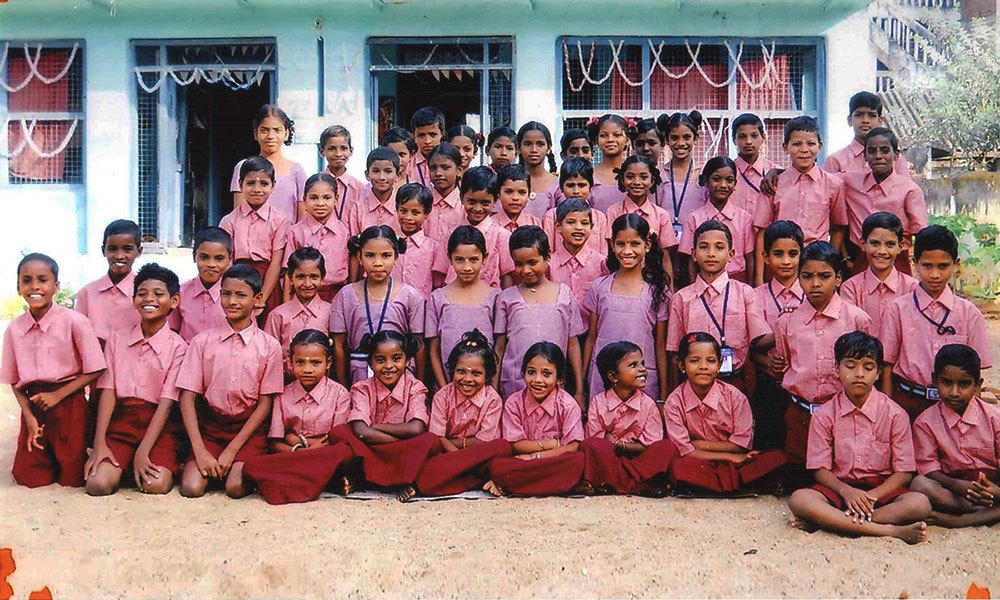 Established at Sabarmati [Gujarat] on the Gandhi Jayanthi day of 1979 with just two children having visual impairment, Navajeevan has grown into major charitable chain today, with25 institutions spread over Andhra Pradesh and Odisha in its fold.

The centre has so far provided treatment to a whopping 4,34,291 poor patients (as on August 31,2015) and screened 23,400 students of government schools, Spectacles were distributed to 15,000 students and free intraocular lens [IOL] surgeries performed to 41,800 poor patients.

It was due to sage advice of Kanchi Paramcharya in the early eighties that the Navajeevan expanded its operations to include a home, a school and a hospital for the visually challenged, besides a home for the aged.

“Swamjji indicated to us that the blind and the aged are those who cannot take care of themselves and hence directed us to serve them”, said Dr.Acharya an ex-serviceman.”

“We have recently diversified to include hearing and speech impaired children by opening a relief Centre at Patapatnam in Srilkakulam district in July.”

NBRC Secretary K.Srinivasan added. The Centre has expanded its activities to the states of Chhattisgarh and Uttarakhand.

These are some of the babble of the modernized word. A visit to the Navajeevan Ashram, Thiruchanoor, Tirupati (Andrapradesh) where tenderness of human heart and dynamism of divine life fuse, we inhale a breath of fresh air of new life.